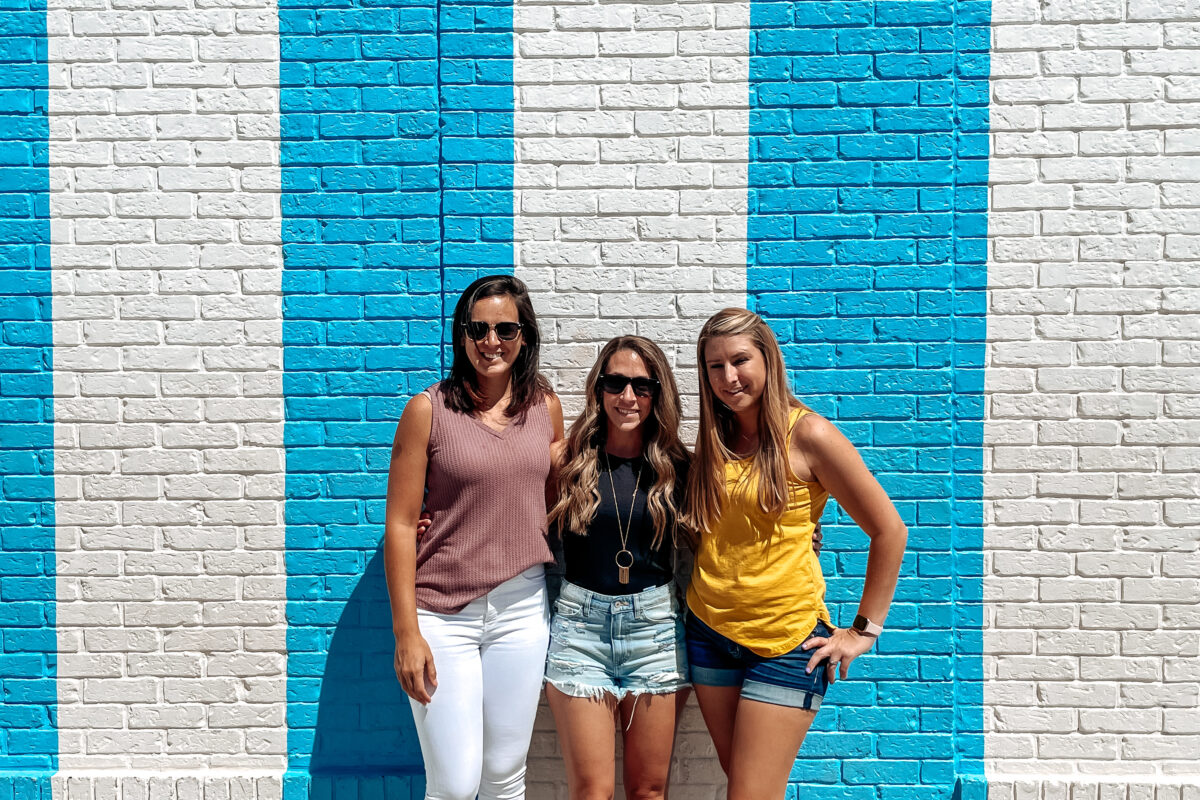 My best friends Marie, Chelsea and I recently took a girls trip to Nashville! This was actually a full year in the making because our first trip was canceled due to Covid. I will preface this recap by saying that we are not “party animals” we are 30 something moms wanting a break from our day to day tasks and taking care of little ones.
I’ll give you an outline of what we did, where we ate and at the end I’ll give you info on the Airbnb we stayed at. I will also link anything that is possible to link. Hopefully there is something you’ll enjoy on your trip there.

Milk & Honey – Our first stop was a little place called Milk and Honey, it was a cute brunch place – seemed to be a popular place to go. We had mimosa’s and mojitos and both were delicious.

Country Music Hall Of Fame Museum – After brunch, which at this point was like 2pm, between the flying in and not having to worry about time as we ate and drank (no kids to feed and control). We started walking and came upon the Country Music Hall of Fame Museum. Over all it was pretty cool, it does focus on a lot of the really old country music but had a big room of the 90s, 2000s and current music.

Broadway – Continuing on our walk we found Broadway which is where ALL. THE. ACTION. IS. At this point I lost track of the names of the bars but we tried out a couple. Lots of roof tops, big open windows looking over the streets, and lots of bachelorette parties. We must have seen at least 25 just in a few hours. We did have some nachos at Margaritaville!

Uber Eated Pizza – After getting back to our Airbnb we opted for getting Uber Eats Pizza and staying in. We had been up since 4am after all. Who am I kidding, we are self proclaimed grannies and enjoy not getting wild. We ate our pizza and played clue!

Side Note: The blanket pictured is amazing, I loved it so much that I bought it while I was there … here is the link

Biscuit Love – Nashville is all about the brunch but with the time difference and being #moms we were up at the crack of dawn and wanted breakfast. The place we originally wanted to go was not open for inside dining so we chose Biscuit Love at the suggestion of our Uber driver. It was a wait to get in but not terrible (it was much worse when we left). Great food, however, if we came later – I would not have waited in the line. It wasn’t that mind blowing of a biscuit.

South 12th St – The Gulch – From there we did some shopping in the Gulch and ubered down to South 12th Street. Came across some awesome murals, the sweet Ameila’s Flower Truck, Draper James and tons of cute shops.

Liberty Common – For dinner we headed back downtown to a place called Liberty Common – we ate outside and I felt had to try Chicken and Waffles while I was here, so thats what I had. We went out to another bar after this and let’s just say, the rest of the night was a little fuzzy for me.

Union 417 – This place was pretty cool, recommended on Yelp.
Franklin, TN Area – Chelsea’s friend lives in Franklin, about 20 min from Nashville, so we headed out that way to see her and check out Franklin. She took us to their downtown area and it was so cute! Great shopping, tons of fun boutiques. We had lunch at Grays on Main, I had shrimp and grits and they were great! She also took us to the Factory – where Our Faux Farmhouse is putting in their Urban Sips. Highly recommend this area.
Acme Feed & Seed – We went back downtown Nashville for dinner and I wont lie, at this point we were sick of eating haha. But I had some pretty awesome chicken wings.

We stayed at this really cute Airbnb about five minutes (driving) from downtown Nashville. The hosts were very nice, attentive and the house itself was perfect for us three girls.

On of my favorite things about this whole trip is the inspiration that I came across. Each time I saw something design inspiring I snapped a picture. So below is a photo dump of all that!

Previous Easter Basket Ideas
Next Laundry Room
6 years and too many blessings to count. Happy Ann

Back to School! Today was Madeline’s very first

We picked our kitchen countertop! What do you thin

How soon is too soon to start styling the open she

We are back home this week but still reminiscing a